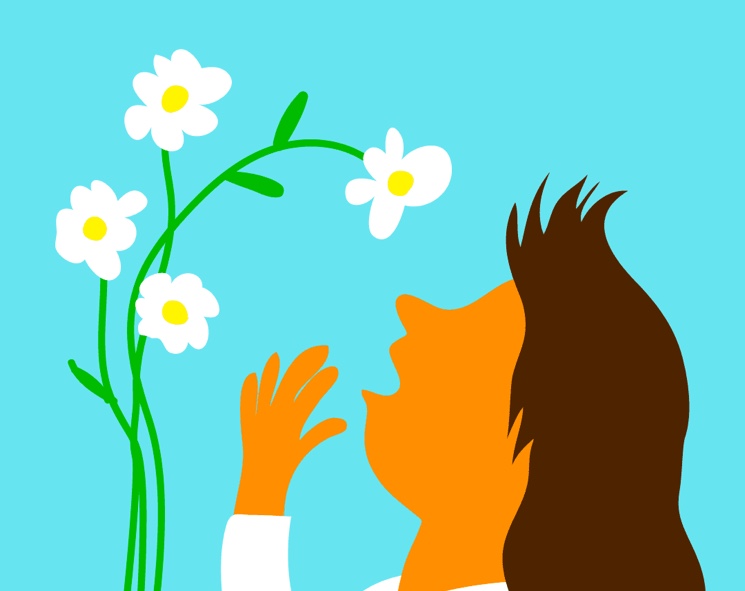 Cause of Environmental Allergies

Both genetic and environmental factors can contribute to the development of allergies. Allergic rhinitis (hay fever) and asthma are triggered by exposure to airborne allergens. Sources of allergens include pollens, pet dander, house dust mites, molds, cockroaches, and rodents.

Each spring, summer, and fall, plants release tiny pollen grains to fertilize other plants of the same species. People with allergic rhinitis or asthma aggravated by pollen have symptoms only for the period or season when the pollen grains to which they are allergic are in the air. However, not all seasonal symptoms are due to pollen. Rhinovirus, the cause of the common cold, causes runny noses and triggers asthma attacks in the fall and spring. Most of the pollens that generate allergic reactions come from trees, weeds, and grasses. These plants make small, light, and dry pollen grains that are carried by wind.

Molds are found both indoors and outdoors. Outdoor molds are carried by the wind, like pollens. There are many different types of molds, but only some seem to cause health problems. High levels of the mold Alternaria have been associated with severe asthma spergillus, another type of mold, is associated with a severe and chronic form of asthma. Indoor molds may cause allergy as well as other health effects. Some people report not feeling well when living in a moldy or damp environment, even if they do not have allergies. However, there has been little research examining the health effects of indoor molds.

Allergic rhinitis and asthma also can be triggered by exposure to house dust, for example, during household chores such as vacuuming or sweeping. Dust is a mixture of substances and may contain allergens from house dust mites, pets, mold, cockroaches, and rodents. While exposure to animals like cats and dogs can cause symptoms of allergic rhinitis and asthma in sensitive people, exposure in early life may have a protective effect.

Symptoms of allergic rhinitis and asthma include the following:

A skin prick test can detect if a person is sensitive to a specific allergen. Being "sensitive" means that the immune system produces a type of antibody called IgE against that allergen. IgE attaches to specialized cells called mast cells. This happens throughout the body, including the lining of the nose and the airways, as well as the skin. During a skin prick test, a healthcare professional uses a piece of plastic to prick the skin on the arm or back and place a tiny amount of allergen extract just below the skin's surface. In sensitive people, the allergen binds to IgE on mast cells in the skin and causes them to release histamine and other chemicals that produce itching, redness, and minor swelling. Healthcare professionals often will try to match skin test results with the kind of allergen exposures a person may have had.

Instead of performing a skin test, doctors may take a blood sample to measure levels of allergen-specific IgE antibodies. Most people who are sensitive to a particular allergen will have IgE antibodies detectable by both skin and blood tests. As with skin testing, a positive blood test to an allergen does not necessarily mean that a person's symptoms are caused by that allergen.

One reason why a positive skin or blood test does not always indicate that a person's symptoms are caused by a particular allergen is that allergens comprise many different components, some of which are more likely to cause symptoms than others. Allergy component tests are blood tests that can determine exactly which component of an allergen the IgE in a person's blood recognizes. This can help a health professional determine whether the allergen is likely to cause symptoms.

A variety of medications can help control allergic rhinitis and asthma symptoms. Some people with environmental allergies receive immunotherapy, a long-term treatment that aims to change the course of allergic disease by modifying the body’s immune response to allergens.

Antihistamines, which are taken by mouth or as a nasal spray, can relieve sneezing and itching in the nose and eyes. They reduce runny nose and, to a lesser extent, nasal stuffiness.

Oral and nasal decongestants help shrink the lining of the nasal passages, relieving nasal stuffiness. Decongestant nose drops and sprays are intended for short-term use. When used for more than a few days, these medicines may lead to even more congestion and swelling inside the nose. Doctors may recommend using decongestants along with an antihistamine because antihistamines do not have a strong decongestant effect.

Leukotriene receptor antagonists, such as the prescription drug montelukast, block the action of leukotrienes, chemical messengers involved in allergic reactions.

Cromolyn sodium is a nasal spray that blocks the release of chemicals that cause allergy symptoms. The drug causes few side effects, but must be taken four times a day.

Asthma medications are divided into two categories: relievers and controllers. Relievers are used for asthma attacks and not for long-term treatment of the disease. Controllers are used to prevent asthma symptoms. For controllers to work properly, people with asthma have to use them consistently, even when feeling well.

Short-acting beta-agonists (SABAs) such as albuterol can provide immediate symptom relief that lasts four to six hours. They do not decrease allergic inflammation, but instead relax the muscles around the airway that tighten when an allergic person is exposed to an allergen or other asthma trigger. For people who rarely experience asthma attacks, SABAs may be used as the only medication on an as-needed basis. People who are taking controller medications often use SABAs for symptom relief.

Inhaled corticosteroids are effective at improving quality of life and preventing severe asthma attacks in people with persistent asthma. These medications can sometimes cause yeast infections in the mouth. If given in very high doses for long periods, they may cause some of the side effects typical of oral corticosteroids, such as brittle bones and an increased risk of cataracts. People with moderate to severe asthma may take inhaled corticosteroids along with other drugs called long-acting beta-adrenergic agonists.

Leukotriene receptor antagonists (LTRAs) block the action of leukotrienes, chemical messengers involved in allergic reactions. They may be used alone to treat mild asthma or along with an inhaled corticosteroid to treat moderate asthma, as well as to treat allergic rhinitis. People who have both mild asthma and allergic rhinitis can take an LTRA to treat both conditions. A related medication, called zileuton, prevents leukotriene production by blocking an enzyme called 5-lipoxygenase. Zileuton is only used for severe asthma, and evidence suggests that it may be particularly useful for people with asthma who have reactions to aspirin, a syndrome called aspirin-exacerbated respiratory disease, or AERD.

Doctors may recommend cromolyn sodium to treat mild asthma in young children. Liquid cromolyn sodium is placed in a mist-generating machine called a nebulizer, and children breathe in the mist.

The Food and Drug Administration has approved the injectable medication omalizumab to treat allergic asthma. Omalizumab works by binding to IgE, the antibody responsible for allergies, and removing it from the body. Omalizumab can prevent severe episodes of asthma in people whose asthma is not adequately controlled by other medications.