The threat of a potential Third Wave lurks over India 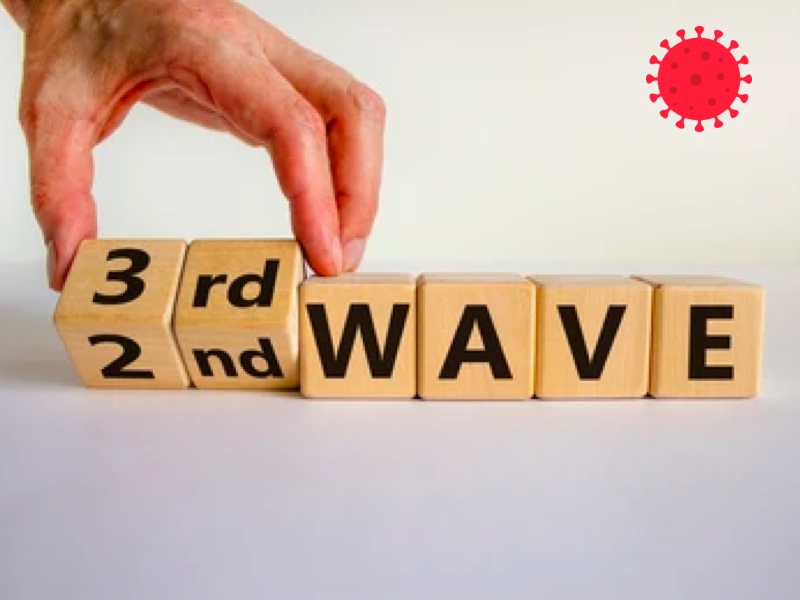 BY SECOND CONSULT Published on August 6, 2021

Just as India was ready to breathe a sigh of relief following the disastrous second wave of COVID-19 in April and May, warning signals of a third wave began to appear in several parts of the country. Various institutes' mathematical models predict that India would see a rise in COVID-19 infections as early as the end of August, paving the way for the coming third wave. After struggling to prepare fully for the second wave of coronavirus infections, authorities and health experts are now constantly alerting people about the likelihood of a third wave. In addition, local administrations and some hospitals have already begun ramping up their infrastructure in anticipation of a fresh surge in cases after a few months.

India reported 40,134 new Covid-19 cases and over 400 deaths, bringing the total number of positive cases to 3,16,95,958. The number of Covid-19 cases increased week over week for the first time since mid-May, following the reduction in the second wave of the coronavirus pandemic. The latest changes could be precursors to the much-anticipated third wave, which experts predict will strike India in the first few weeks of August. For the record, coronavirus cases increased in 17 Indian states and union territories on Sunday. Kerala has had the most increase in the last week.

Will the third wave be more powerful?

Some speculate that the third wave will be much stronger than the second. This, however, is not something that can be foretold. Typically, each new wave is predicted to be weaker than the prior one. This is because the virus has a relatively free run when it first appears, given that the entire population is vulnerable. There would be considerably fewer susceptible people because some would have developed immunity. This rationale, however, has been flipped on its head in the case of India. When the number of cases in India began to decline after mid-September last year, just a very small proportion of the population had become sick. Given that such a high fraction of the population was still vulnerable, there was no reason for the disease's spread to have halted.

The causes for the five-month continuous reduction in cases in India are yet unknown. Because the second wave was projected to be weaker than the first, many people were lead to believe that the pandemic was coming to an end. However, with the unpleasant lessons learned, there are now speculations that the third wave will be even stronger. However, this may not be the case. During the second wave, substantially more persons were infected than during the first. With a positivity rate nearly four times that of the previous wave, the number of unconfirmed illnesses — individuals who were never tested — is expected to be significant. Vaccination would also provide immunity to a huge part of the population. As a result, following the second wave, the population would have a much-decreased number of susceptible persons. However, gene mutations in the virus can cause these computations to be altered. The virus can change in ways that allow it to evade immune responses generated in previously infected people or those who have been vaccinated.

What kind of destruction would this surge cause?

The saving grace in most such estimates is that the third wave is expected to be far smaller than the preceding one, in which cases ranged to over four lakhs each day. However, according to the IITs' SUTRA model, the daily cases are anticipated to exceed one lakh in the best-case scenario. Even in the worst-case scenario, infections are projected to peak at 150,000 each day. Furthermore, without the advent of new variations, the number of cases may remain around 50,000. According to the Indian Council of Medical Research (ICMR), the third wave would not see an increase in instances akin to the second wave. The ICMR models took into account factors such as waning immunity and the probable emergence of a novel variation that can evade immunity or is highly transmissible. On the other hand, researchers have cautioned that the persistent threat of the highly contagious Delta strain may amplify the wave. According to the Indian Sars-CoV-2 Genomic Consortium (INSACOG), the Delta variant generated eight out of ten infections between May and July.

What should common people do to curb the third wave?

Whilst Covid's 3rd wave lingers around; we can limit the influence of Covid's 3rd wave delta and stay strong. Below are five methods that you can take to reduce the odds of the Covid 3rd wave and to determine the effects of the 3rd wave COVID 19 symptoms.

As the third wave of covid 19 is forecast, it will take many more months for our country to reach a stage when attending parties, festivals, and huge gatherings is as secure as it once was. Until then, we must continue to take steps to avoid the Covid 3rd wave delta variation. It is preferable to avoid going to restaurants and going on vacation, no matter how tempting it seems. Meeting with close family or friends is still acceptable, but you should avoid meeting with a large group of individuals.

If you do go out, you must wear a mask at all times. Double-masking is also suggested these days since it gives additional protection against the Covid 3rd wave delta form. It is critical to sanitize anything or everyone that you come into contact with. Keep hand sanitizer and sanitizing wipes on hand at all times. COVID-19 is transferred through droplets, so reducing the likelihood of particles touching and remaining on your body will reduce your danger of having Covid 3rd wave signs.

Vaccination is extremely crucial for the Covid 3rd wave delta variant since coronavirus 3rd wave effects are expected to be worse than the previous two waves. In addition, even a single dose of immunization boosts your immunity, so your signs will be less if you contract COVID 19. Finally, when you are covid vaccinated, your risks of spreading the virus to others are reduced.

Lockdowns and restrictions are being implemented and lifted in states across India as conditions improve or deteriorate. These are critical in reducing the number of instances of the Covid 3rd wave. Therefore, If a lockdown or restriction has been enforced in your region, obey it. Do not try to circumvent the restrictions to meet people or do things you shouldn't. We have a much higher chance of stopping a COVID 3rd wave in India if we fight together to avert a COVID 3rd wave than if only a handful of us obey the guidelines.

In the early days of COVID-19, there was some uncertainty over what indications of 3rd wave covid were and weren't. However, we now understand the signs of 3rd wave covid. Follow the 3rd wave symptoms and know what to do if you encounter them.

But is it unavoidable?

The chance of a third wave exists. It is very likely to happen, yet neither the scale nor the date can be anticipated. However, it is not unavoidable. As previously said, VijayRaghavan, the Principal Scientific Advisor, changed his statements, clarifying that it might possibly be prevented provided robust efforts are maintained. It's also likely that the new wave will be far smaller than the prior one, causing far less discomfort and allowing for more efficient management.

Projections for the Indian states

Due to increased infection rates, Kerala and Maharashtra may see a significant increase in the country. In fact, Kerala has been reporting half of the daily new infections of the country with active cases of over 1.65 lakh—thus making it currently the worst-affected state in India. In addition, the state has conducted the highest number of checks in India. The Central Government has issued an early warning to ten Indian states to enforce severe measures. Maharashtra, Kerala, Odisha, Tamil Nadu, Karnataka, Andhra Pradesh, Mizoram, Assam, Manipur, and Meghalaya are among them. The Centre has also urged 53 districts with positive rates ranging from 5% to 10% to adhere to severe curfews and increase testing.

Ultimately, experts emphasize the urgent need to increase vaccination efforts, monitor emerging hotspots, accelerate genome sequencing to detect the prevalence of any new variant, and limit population movement as much as possible. But, unfortunately, it's far too soon to drop our defenses! 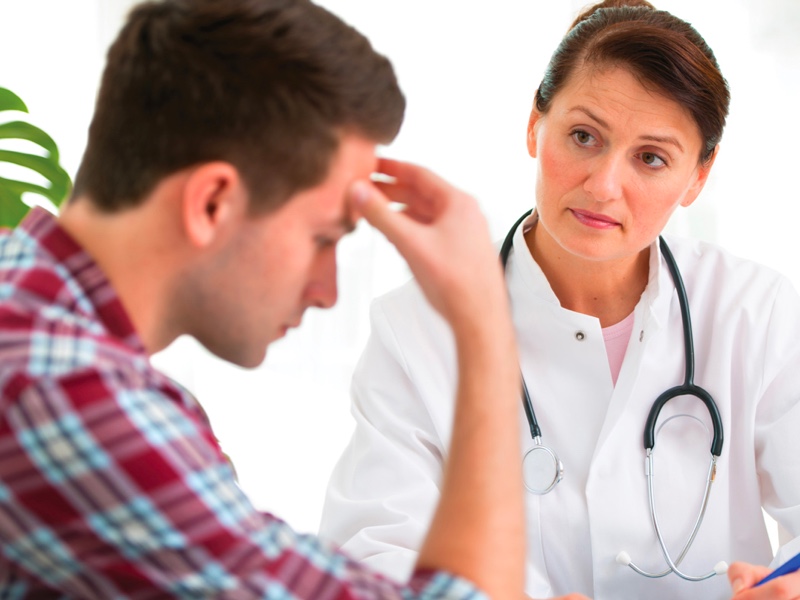 Is panic, fear, and discomfort a part of your daily life? What about sleep deprivation? Do you have any emotions of remorse, uselessness, or helplessness? Despite its prevalence, depression is frequently neglected, misdiagnosed, and ignored. 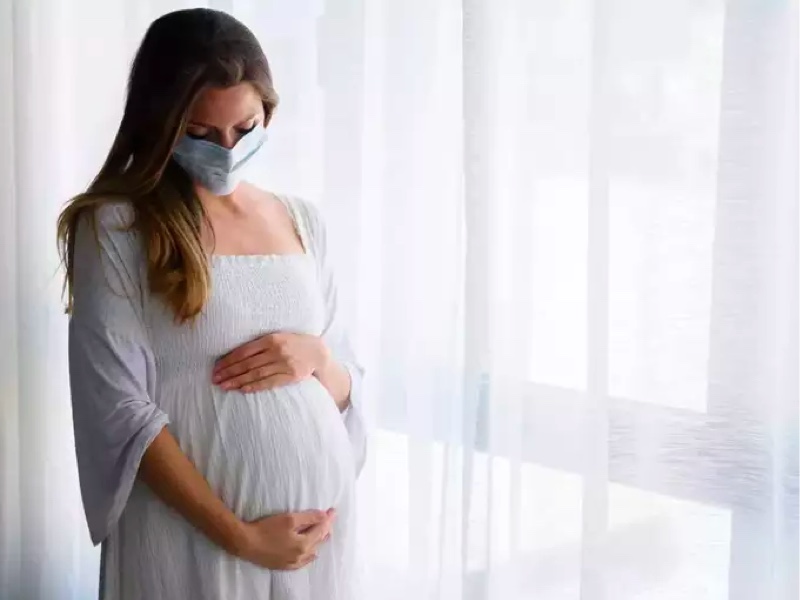 Well, let’s not forget how immunization plays the role of a strong fighter in fighting against any foreign body from entering into the body of normal person. Now, let’s put some lime light on maternal body and how this immunization plays vital role in during pregnancy. 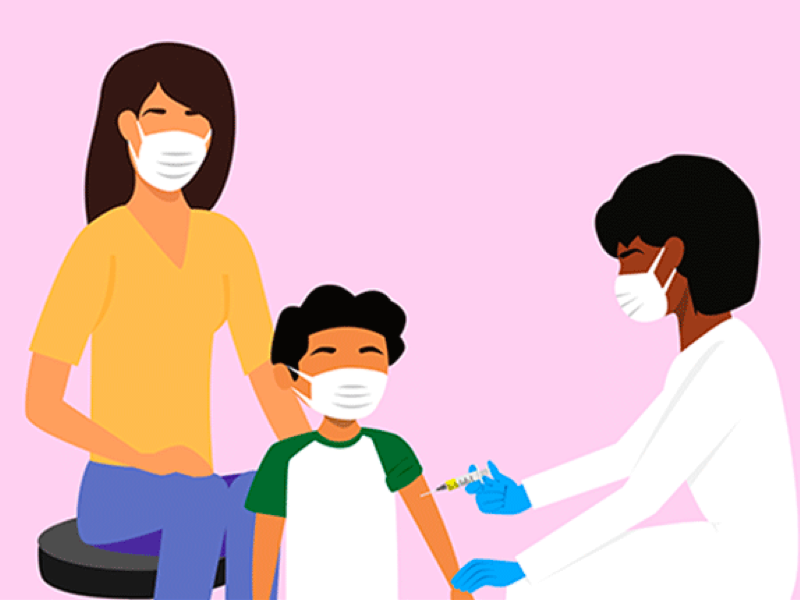 October 22, 2021 Flu vaccination during COVID: Why and when should your child get it?

While corona vaccination trials for children are still ongoing, maintaining their wellbeing is the highest priority for parents during these trying times. Flu shots are vital for children since the flu and the COVID-19 virus trigger similar symptoms such as fever, cold, and cough.